We encourage our readers to send us their opinions or opinion article for possible publication on our site. Send it with your name to the Opinion Editor in PDF form or plain text via Email to:

The socialist Democrats have attempted a coup with a fraudulent election and are now trying to inaugurate a Usurper as president. They are trying to frame the president so he can't run again due to their tremendous fear of him. The President has nothing to lose by enacting the insurrection act and reclaiming our country from radical dictators and saving this country from a future of far left Fascism, suppression of free speech and ultimately the communist government that they so desperately crave to implement.

DO IT Mr. President. 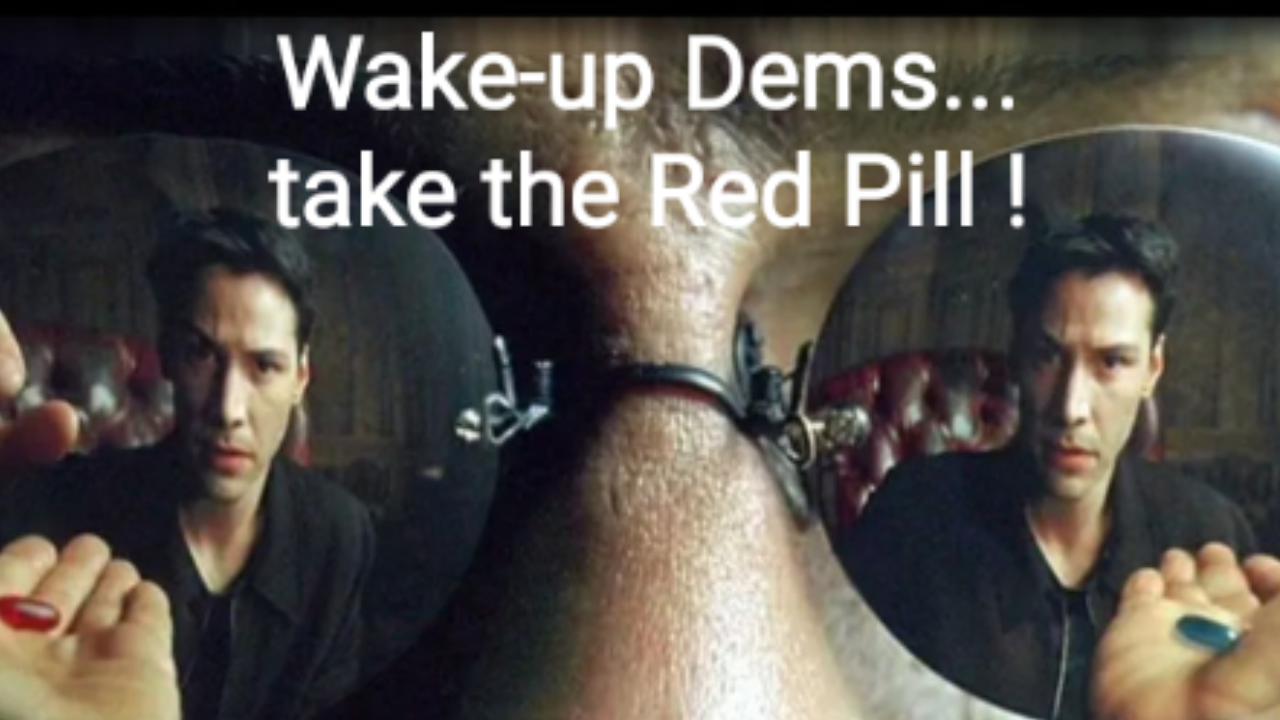 Did Joe Biden wear a wire during Debate?

How the left is politicizing coved 19

The left would like the coved 19 situation to last as long as possible.

They are trying to use it to manipulate the U.S. political climate in order to influence the 2020 elections. Their favorite Socialist or Marxist presidential candidate, In this case, Sleepy creepy Joe Biden. Of course we all know that he would not really be in charge, because he is just not mentally competent to do the job. The vice president will be in this case a woman of color, because we also know that it would not be politically correct to nominate anyone based on qualification or competence, but solely on the color of their skin or gender.

That's how the liberal left rolls.


I'm not saying I necessarily, fully support the stay@home orders currently in place in most of our United States, BUT I do fully support OBEYING all the new rules for, even be it, the sole reason that THAT'S WHAT GOD WANTS US TO DO, not necessarily, always because it's in line with His Righteousness, but because it's in our best interest. And, in these present days especially, it's all a part of the ENDURANCE the Bible speaks of. We are all being tested right now in highly individual ways. Standing up for rights of any kind will end in fines and/or arrests,( yes that's unfair, but our rewards come from the Lord, for those who endure). The only way to fight, if absolutely necessary, is by going through proper channels with patience and godly wisdom. We all MUST remain BLAMELESS,  no matter what comes and ENDURE these perilous times. The Bible doesn't say anting about protesting in the streets or picketing.
SCRIPTURAL REFERENCES:
Romans 8:28 - "And we know that all things work together for good to them that love God, to them who are the called according to [his] purpose."
Matthew 24:13 -"But he that shall endure unto the end, the same shall be saved."
1 Thessalonian 5:23 -"And the very God of peace sanctify you wholly; and I pray God your whole spirit and soul and body be preserved blameless unto the coming of our LORD Jesus Christ."
More verses found in:
ENDURANCE: James 1:12-18 & 5:11, 1Corinthians 10:13
PATIENCE: Hebrews 10:36, Colossi-ans 1:11, Romans 12:12 & 15:4-5
OBEYING AUTHORITY: Hebrews 13:17
BLAMELESS: 1Corinthians 1:8, 1Timothy 5:7, 2Peter 3:14
*****LOOK FOR ME ON INSTAGRAM:
"schoolchildren"
KJV


I have been writing for many years. I really got serious when
my 3 kids were still quite young, as they inspired me
to write children's fiction. I now have 21 Amazon publications.
Also, I've just completed a Bible study course.
Now I plan to go hard copy with my books, when I get the funds!

How the left is using a Pandemic to further their agenda.

In America the whole idea of social distancing and staying home was to prevent the hospitals from being over run with patients which never happened and degrading the health care system and to " flatten the curve". Well guess what? We flattened the curve and probably only a tenth of the numbers that were predicted for contamination and death was realized. Not much higher than your average seasonal flu outbreak in the country Year to year.. So when it came time to get going back to normal, like the Red States are trying to do , the blue state left wing Governors have put a strangle hold on their population with draconian decrees, resulting in major unemployment , and major businesses like Soup Plantation in California going out of business. Walking in public in the fresh air without a mask on, sitting on the beach alone, or swimming in the ocean suddenly becomes a crime. " If you swim in the ocean we will pull you out" or "keep walking and don't stop" "If you open your business we will throw you in jail" In the mean time go to Wall Mart and get run over by a bunch of customers running around with and without masks on, while smaller businesses and places of worship get threatened even while sitting in their cars and practicing the so called recommended safe practices by the know it all experts.

It's not about safety or their concern for your welfare's ABOUT CONTROL!!

They hate when they can't tell you where to go , what to eat, how much money you are allowed to earn, what school you can go to,what doctor you can see, and on and on and on and on. But this time OH JOY! They can make you walk in one direction, keep you locked up, control your business or otherwise tell you to do anything that they can just speak into existence. Not because they know anything that you don't know or can take care of your family better than you; IT'S BECAUSE THEY CAN! and the longer this thing goes on the harder they will try to brain wash you and you guessed all Trumps fault. It's in their communist manifesto and even Nancy Plosive stated it..."Never let a good crises go to waste".

We now know that young people are virtually not at risk. So they lock them up. We know that older people in their 70's and up with per existing conditions are most at risk. So our genius Governors put Corona patients with the elderly and they get sick and die. We know that fresh open air like the beach and sand are probably the safest place to be . So they close the wide open beaches and parks. We know that being locked inside is worse than being outside. So Left wingers like the Mayor of Los Angeles says stay inside another two months.. While you go broke and starve by the way.

The only thing that matters to the Democrat left wing socialist party is their agenda.

God, Country and the peoples welfare are not the concern of the Left. Why? Because "the means justifies the end".

Bill Gates is Setting the Stage for the Mark of the Beast
Scott Kessler - April 20, 2020
In 2016 a powerful confab of globalists converged at the UN headquarters in New York, New York to launch a global initiative called ID2020. The vision of ID2020 is ostensibly to advocate "for ethical, privacy-protecting approaches to digital ID"(1) and to provide IDs for "over 1 billion people worldwide (who) do not have access to any form of identification."(2) The Rockefeller Foundation provided the seed money for the ambitious ID project and continues to be an ongoing supporter of ID2020’s work.(3) The project's other founding members include Gabi The Vaccine Alliance, Microsoft, Accentuate and Ideogram.(4) The Bill and Melinda Gates Foundation gave $750 million to set up the aforementioned Gabi in 1999 and "the (Gates) Foundation is a key Gabi partner in vaccine market shaping."(5) Thus between Microsoft and The Gates Foundation ID2020 has been operating under the guiding hand of Bill Gates from the
onset. ID2020 seeks "to leverage immunization as an opportunity to establish digital identity"(6) and to "provide a unique digital identity to everyone on the planet."(7) Of course all this will be done, we are told, with the utmost respect for personal privacy, security and choice.(8) After all, "Participation in the modern economy, the ability to buy and sell , attain employment, healthcare, social services and more are virtually impossible without a digital identity."(9)(emphasis added) So basically Bill Gates has adopted as his personal mission the task of enrolling every single
person on the planet in a global ID database. And vaccines are the vehicle through which this will be accomplished. Last week Robert F. Kenned, Jr. penned a scathing article exposing Bill Gates for what he really is, "Vaccines, for Bill Gates, are a strategic philanthropy that feed his many vaccine-related businesses (including Microsoft’s ambition to control a global vaccination ID enterprise) and give
him dictatorial control of global health policy."(10) Kennedy continues,
"In 2010, when Gates committed $10 billion to the WHO, he said 'We must make this the decade of vaccines.'"(11) And, Was Faucet making an announcement to 'enlightened' initiates around the world? Bill Gates with Dr. Anthony Faucet
Also it causes all, both small and great, both rich and poor, both free and slave, to be marked on the right hand or the forehead, so that no one can buy or sell unless he has the mark, that is, the name of the beast or the number of its name.
This calls for wisdom: let the one who has understanding calculate the number of the beast, for it is the number of a man, and his number is 666. Revelation 13:16-18
I'm not saying this is the Mark of the Beast but the groundwork and infrastructure are definitely being laid.